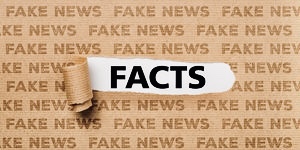 When Jacob saw Joseph’s coat of many colors in genesis 37:31-34 with blood all over it he concluded based on the evidence that his son has been killed.

Facts are not always true. If you always base your judgment on every evidence around you without searching deeper, you might be misled.

What is that evidence the enemy is tendering against you? What’s your conclusion based on the evidences and obvious facts around and within you concerning your health, marriage, education, career, business, family?

Whatever it maybe, one thing I know is that the lies of the enemies shall not come to pass in your life because “If anybody comes to attack you, I will not have sent them. You will win against anyone who tries to attack you.”

Your present condition is not your conclusion. Things might be rough now but it won’t last forever. It’s only temporary.

When you are not reigning you are in training. God trains his children to enthrone them.
Times and season will change for your good.

In Genesis 45:8, 27-28 you’d find out that the evidence presented to Jacob was not true about Joseph. How? Because Joseph was not only alive but God has made him as adviser to Pharaoh and governor over Egypt.

The world concept says seeing is believing but Bible says Walk by faith not by sight. The world says show me and I will believe; Jesus says believe and you shall see.

Martha concluded based of the evidence and obvious fact that her brother Lazarus has been buried for four days and probably stinks by now but Jesus changed the world view of seeing is believing at the tomb of Lazarus in john 11:40.

What’s that thing that people or even you have written yourself off, what’s that situation that looks unpleasant and unpalatable in your life? The resurrection and life will step in and every dead area in your life will come back to life in the name of Jesus.

I serve a God who turns impossible into living breathing walking miracles.

Believe and you shall see the glory of God. What are you believing God for; is it increase, breakthrough, employment, admission, divine connection, healing, not long from now they will become your latest testimony in the name of Jesus. Don’t conclude too soon, but be encouraged because your current situation is not as hopeless as that of Lazarus.

Those who conclude too soon based of the evidences and variables around their lives though not true often change their opinions. Evidences are not always true.

When men writes you Off, write yourself In.

When men tell you No, take it as Next opportunity.

When they say it’s your End, tell them your Effort will Never Die.

When they write Fail, tell them it’s First attempt in learning. I will learn again and make another attempt.

If you want to conclude based on the evidences and obvious facts around you especially with regards to the global pandemic and all the unprecedented happenings, you’d be scared to death. But I urge you to turn to the real evidence which is the word of God. Note, this does not in anyway mean that you shouldn’t be mindful of your surrounding and happenings. Be watchful to do what is required of you and as you trust God, He will turn things around for your good.

God’s thought for you are of good and not of evil.

Many thanks for stopping by, until next time…

Tell that negative committee that meets in your head to sit down and shut up!

8 thoughts on “Can Facts Tell Lies?”

This site uses Akismet to reduce spam. Learn how your comment data is processed.